LITUNGU (also called Nyatiti, Krar and in other ways) of Eastern Africa people

Love this man! Born in Togo so i know and love this style of music! would love to sample/work with you? let me know!
P

HarshMusic said:
Love this man! Born in Togo so i know and love this style of music! would love to sample/work with you? let me know!
Click to expand...

I'm not a producer

miriambarka.com said:
The biram is a traditional instrument used by the Boudouma tribe in Eastern Niger. They are fishing nomads living on the border of lake Tchad. The instrument is a 5 string kind of harp, the form looks like a pirogue, one of those wooden barks used on the lake. It is played only by initiated masters. When the masters starts to play you easily find yourself in the middle of the lake environment. You can easily hear the fishes jumping and birds singing while the Boudouma people are fishing with their hands.

The Biram is a holy instrument, protected from the east by the spirit of the lake especially the ancestor of the Boudouma tribe, Kargila. And also from the south, west and north by the spirits of the desert bordering lake Tchad.

There has been only one old master of the Biram left. The youth is not interested any more. But when the musician Malam MamaneBarka, he himself a nomad from the Toubou tribe, heard about the Biram some years ago, he decided to stay with the old master to learn the Boudouma language and how to play the instrument. In 2002 he got a UNESCO scholarship to materialize his dream. And when he arrived on the Boudouma island he was warmly welcomed by the master who thought his instrument dead already. After many rituals of purification the old master agreed to educate Malam Mamane Barka the holy instrument and the lyrics of the mystical songs. As Barka himself is a son of the sand dunes, the old master gave him his last Biram as a gift. Malam Mamane Barka inherited with the BIRAM the knowledge of rituals and cultural heritage of the Boudouma. He is conscious about his responsibility according to the Boudouma and their spirit Kargila. After the legends Kargila is watching the Boudouma and cares about their culture and their situation.
Click to expand...

This last instrument has so many connections with the ancient times King-Vis said:
Y'all remember that?
Michael Jackson - The Moon Is Dancing by Ladysmith Black Mamboza - YouTube
Click to expand...

I never saw it before

BEGENA of Ethiopian and Eritrean people

Wikipedia.com said:
The begena is a string instrument with ten strings belonging to the family of the lyre. According to oral tradition, Menelik I brought the instrument to the region from Isreal, where David played on it to soothe King Saul's nerves and heal him of insomnia. Its actual origin remains in doubt, though local manuscripts depict the instrument at the beginning of the 15th century.
Click to expand...

WASHINT of Ethiopian and Eritrean people

Okayafrica.com said:
The Washint is a wooden, bamboo, or cane made flute whose construction greatly depends upon its player. The placement of finger-wholes vary from performer to performer, leaving its sound and style malleable. The pitch of the instrument depends upon its size, some yielding lower tones while others resonate at higher, more trebled frequencies. Washint players are said to perform with multiple flutes, using each one to complement the pitch of a particular song.
Click to expand...

MASENQO of Ethiopian and Eritrean people

Wikipedia.org said:
The masenqo (also spelled masenko, masinko, or masinqo) is a single-stringed bowed lute commonly found in the musical traditions of Ethiopia and Eritrea. As with the krar, this instrument is used by Ethiopian minstrels called azmaris ("singer" in Amharic). Although it functions in a purely accompaniment capacity in songs, the masenqo requires considerable virtuosity, as azmaris accompany themselves while singing.
Click to expand...

I made a registration with an African lyre. I know, the quality of the sound is bad.

KABOSY of Malagasy people of Madagascar

Wikipedia France said:
Originally made of turtle shell and stretched zebu skin, it now has the shape of a guitar 70 cm long, with a rectangular (sometimes oval) sounding board.
Click to expand...

VALIHA of Malagasy people of Madagascar 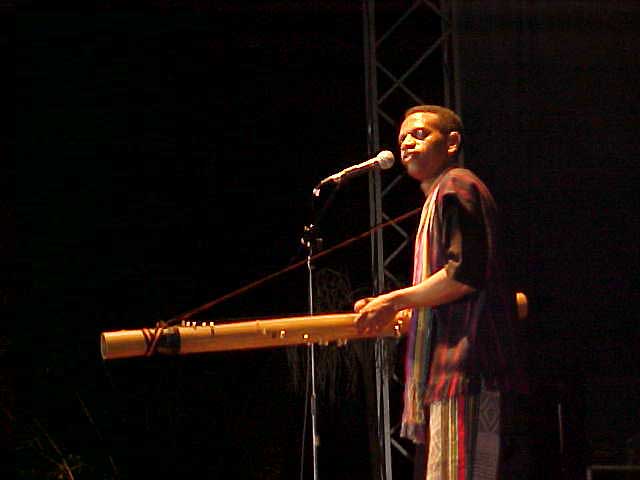 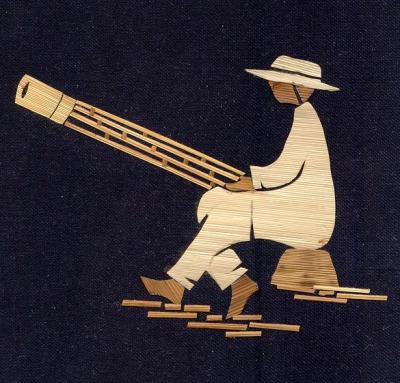 Wikipedia France said:
The Valiha is a bamboo tube zither encountered throughout Madagascar. Its origins are undeniably Indonesian and there are variations, sometimes more primitive, sometimes more advanced, in most Malaysian mountain peoples, including the Philippines. It is also present in people of the same origin (Jara, Edde, Curu, Raglai) of the Indochinese peninsula.
Click to expand... This is very interesting. The pictures are also very high quality.
U

most people prob know of him but Tony Allen is pretty much the best African drummer, if you havent studied his style and playing you might want to.
P 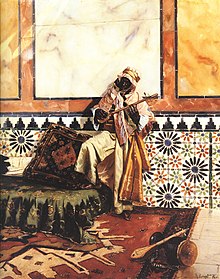 Wikipedia France said:
It's a stringed instrument of the Gnawa people and it's played by Touaregs and Berbers too. It's derivated from an African n'goni.
Click to expand...

Guineans (Gnawa) are in North Afriaca for 2 reasons:

1- a pact made between Moors and the Ghana Empire for the end of a long war between them. With the pact Ghana Empire gave a part of its population to Moors. This fact is not written but the oral traditions of both Moroccan Sufis and Gnawas confirm it. Wikipedia France said:
Since the 11th century, it's a folk Mandinka instrument.
Click to expand... 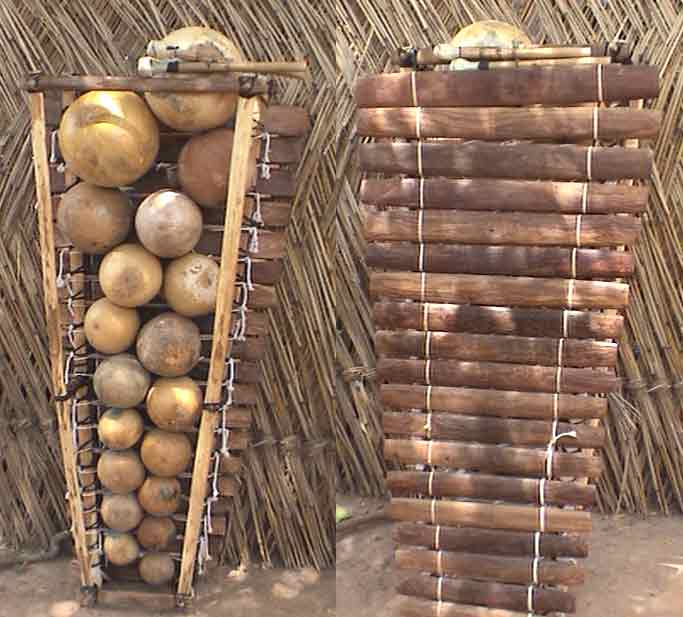 Wikipedia France said:
We find the Balafon into different African regions, everyone different from another. Some of them are sophisticated, some are less; some of them have giant dimensions.
Click to expand...


Wikipedia.org said:
The Sosso Bala is a balafon, currently kept in the town of Niagassola, Guinea that is reputed to be the original balafon, constructed over 800 years ago (1200s). The Epic of Sundiata, a story of the formation of the Mali Empire, tells that a griot named Bala Faséké Kouyate convinced Sosso king Sumanguru Kante to employ him after sneaking into Sumanguru's palace and playing the sacred instrument. Sundiata Keita, founder of the Mali Empire overthrew Sumanguru, seized the balafon, and made the griot Faséké its guardian. This honor is said to have passed down through his family, the Kouyatés, and conveys upon them mastership of the balafon to this day.
Click to expand...

It's OT but I think it's really interesting, they are going to broadcast a TV Show about Africa history in the Kenyan online and mobile TV "Buni TV". It's the first of this kind and it really opens the market to mainstream entertaining shows about African stuff.

It's actually for kids, but environments and objects are really well reconstructed (the characters are silicon puppets).

A TASTE OF THE DIVERSITY OF THE CONTINENT CAN ALL BE FOUND IN THE SAME COUNTRY, CAMEROON CAN ALL BE FOUND IN THE SAME COUNTRY, GHANA 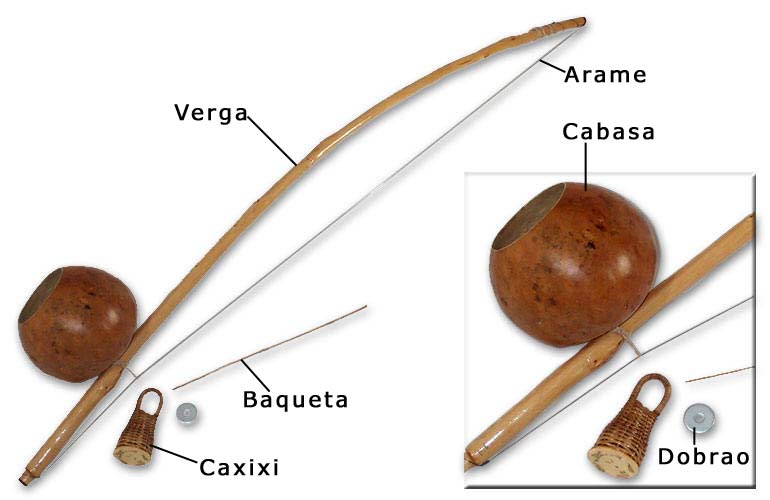