Hi, I don't know if this is the right section, but since this is a crowded forum I want to show you the African music I love more and the people that perform it. 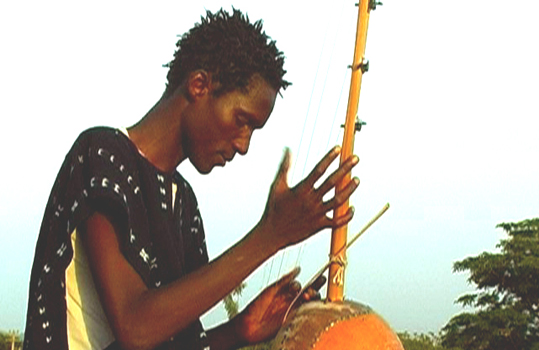 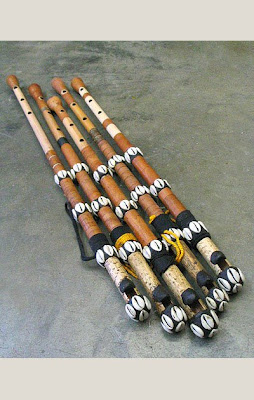 Music from other parts of Africa:


Whispered songs come from Southern Uganda/Rwanda and Burundi, but now are almost disappeared and only in Burundi you can find them 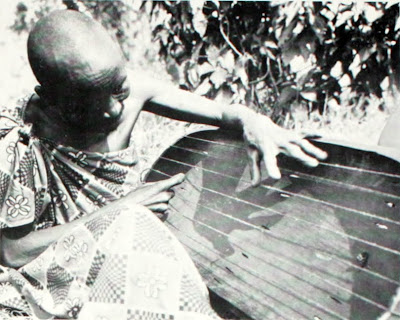 Theorists say that Adungu were a common musical instrument along Africa, in ancient times

Another song played with Adungu

This is dope. I have heard this tradition style before and I thinks its beautiful. Welcome to FP!!
P

mwandishi said:
This is dope. I have heard this tradition style before and I thinks its beautiful. Welcome to FP!!
Click to expand...

Very beautiful. I always got a place in my heart for African music.
P

In this music we can hear how Djembes, Dununs and Tamani are played at a professional level
(djembe sound = snare, dunun sound = kick, tamani = a sort of drop in a pot full of water) 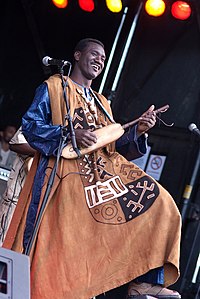 Wikipedia.org said:
The ngoni is known to have existed since 1352, when Ibn Battuta, a Moroccan traveller reported seeing one in the court of Mansa Musa. It is believed to have evolved into the banjo in North America after Mande slaves were exported there. Battuta also reported thebalafon.
Click to expand... 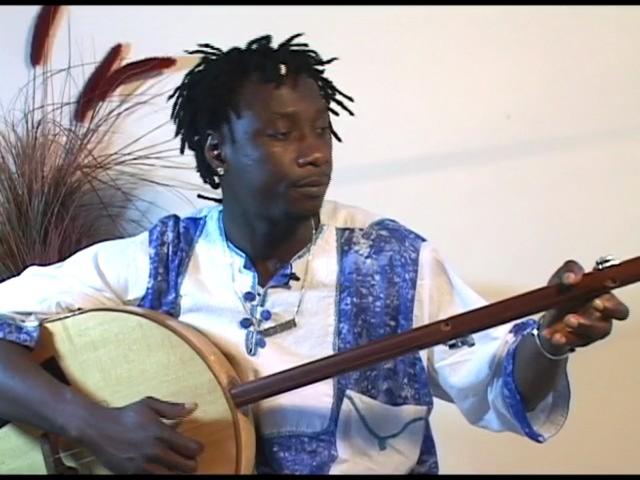 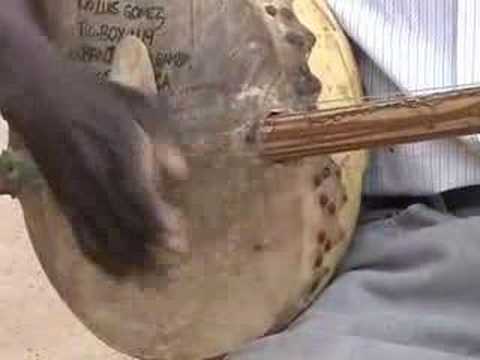 Wikipedia.org said:
The akonting (or ekonting in French transliteration) is the folk lute of the Jola people, found in Senegal, Gambia, and Guinea-Bissau.
Jola oral tradition places the birthplace of the akonting in the village of Kanjanka in Lower Casamance (Senegal), near the banks of the Casamance River. The name of the instrument's home village is recalled in the most common tuning pattern for the akonting's three open strings (from the 3rd short "thumb" string to the 1st long melody string): kan (the 5th note of the scale, tuned an octave higher), jan (root note), ka (flatted 7th note). Like in the traditional old-time/folk styles of playing the 5-string banjo, the akonting is tuned in different tunings. Using the kanjanka tuning pattern of 5/1/-7, a common tuning in Casamance is dGF. In Gambia, for another variant the 1st long melody is raised a semitone (half-step) higher to make a natural 7th note, as in cFE.

Recent findings presented by researchers Daniel Laemouahuma Jatta, Ulf Jägfors, and Shlomo Pestcoe at The 8th Annual Banjo Collectors Gathering (December, 2005) – an annual international conference of the foremost collectors and scholars of 19th and early 20th century banjos, which also serves as the principal forum for presentations of new research on the banjo's history and organology – indicate that the banjo is probably descended from the many different types of gourd-bodied folk/artisan plucked lutes found throughout West Africa, like the akonting.
Click to expand...

THE BANJO AND ITS AFRICAN ROOTS 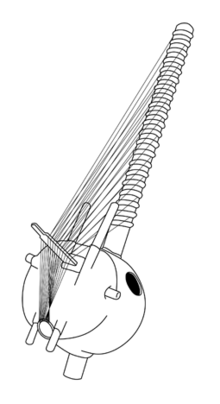 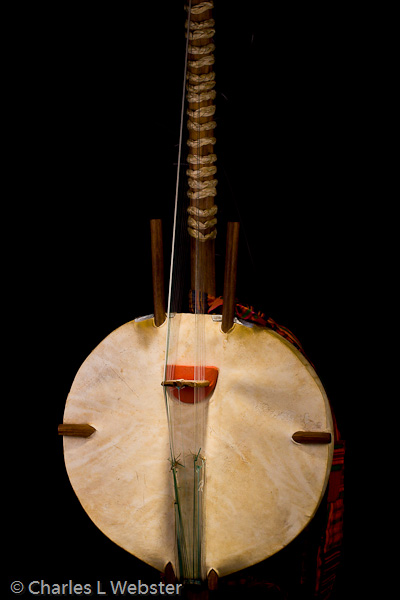 Wkipedia.org France said:
Griots say that the first kora was invented buy a genius woman, that was living in a cave of Kansala, in Gambia.
Astonished by the instrument a great Tiramakhan Traoré, a 13th-century (1200 A.D.) general in the Mali Empire who served under Sunjata Keità, decided to oust her, with the help of his haunting friends, Waly Kelendjan and Djelimaly Oulé Diabaté.
Djemali was the griot of the group, and he will pass the instrument to his son Kamba. The instrument will pass from father to son, until Tilimaghan Diabaté, who will intruduce it in Mali.
Click to expand... 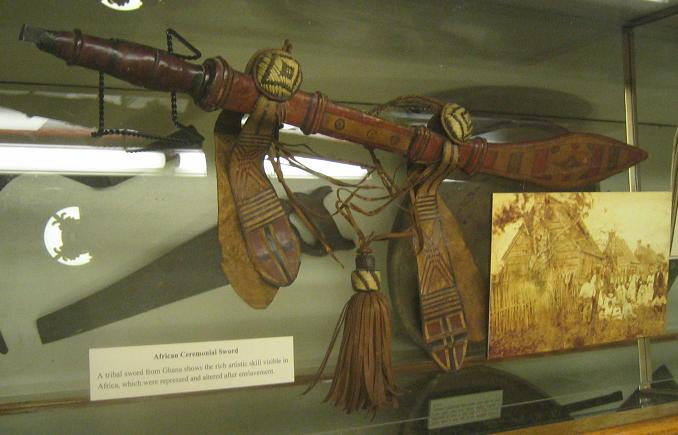 Music commonly sung by griots for people who are ancestors of Tiramakhan, namely people with Traore (Tarawole) and Diabate (Jobarteh) surnames

Quite the lengthy post, but all excellent music, I love it!

Nice post. Just noting that is the more traditional/ancestral type of music/instruments.

The current sound of african music would be among these and more : makossa/dombolo/coupé-décalé.

The current sound of african music would be among these and more : makossa/dombolo/coupé-décalé.

It uses these yamaha synthesizers heavy and the common drumkit.
Click to expand...

I love Meiway from Ivory Cost. He sing in French and his native language

But I keep this thread on traditional music
E

EnigmaticHipster said:
lol this isn't new i have heard all of this before i'm southeastern nigerian
Click to expand...

This post is meant for everyone never heard this music before.

I love how mud structures are found in almost all the northern and central part of the continent, even in wet places. But you know.. african women do it too.. they bleach their skin and all that lol.. well some of them..

yes alot of Sudanese ppl Omaha,NE having the largest population of them from the nation
a lot have weave it's sad that African and african-american ppl with the most original hair on earth dislike it

This has to be stickied...do we even do that in the hiphop/rap section anymore

I want assure you that only a minority of African women bleach their skin, but this problem is largely covered by medias, we can guess why

When we have only few news about a zone, or a matter, we tend to identify that zone/matter with the few we have as reference

reading some of these post are really annoying, most of you you have never been to Africa but have the weirdest preconceived notions about the place.

Lol you dudes lmao, I'm from Central Africa just so you know.

By the way speaking of Sudanese.. they have some music which is quite appreciated in the eastern part of Africa going West up to around Chad. It has a lot arabic influence (for geographical reasons).. It's also close to Egyptian music. Chad is interesting because it is at the crossroads culturally(because it's the center of the continent) although the population is not very large. It's the former center of the Kanem Burnu empire which is one of the largest empire that was in Africa. You got the same tribes you find in Niger,Nigeria, Cameroon, Sudan, CAR, and probably more.


There is one kind of music that people do in the remote villages, especially during traditional ceremonies which is folkloric music. Using some of the instruments the OP mentioned, accompanied by chants and dances often. That's the kind of thing you see on TV about africa most often.

But if you go to the big cities, it is not what is listened to necessarily. But what the OP posted is nice in a way because it can provide sample material.

To come back on the topic of African roots, you know, a lot of young africans see the US as a model lol. So it's funny to see that some American seem to think that African peeps are keeping it natural. If you go to London, go to Brixton and if you happen to go to Paris, go to Barbès-Chateaurouge and you will see lol. Hair Salons everywhere. It's just a black thing in a globalized black world lol.

In New York, there are a lot of senegalese peeps on the fifth, inbetween Chinatown and Madison square garden if I remember well. Get you a taste of some "Africaaah" (*in my best Jamie Foxx's vocal impersonation) lmao.

I would say one thing though, education wise, and culturally wise, black people in the US haven't changed too much. They still know what gumbo is and kids are still afraid of belts and shit lmao. It's really not that much different in terms of mentalities.

Wikipedia.org France said:
His name comes from the plant from which is traditionally made by the Fulani herdsmen of Fouta Djallon in Guinea, the tambin.
Click to expand... 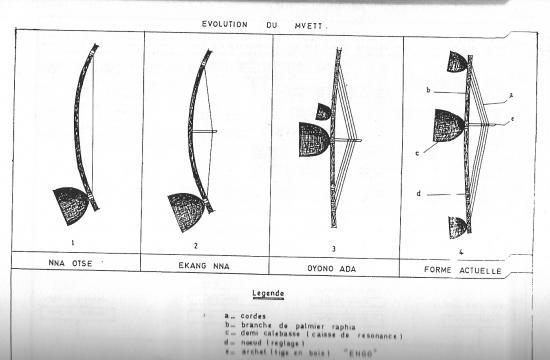 Wikipedia.org France said:
The mvett or mvet is a cordophone known since ancient Egypt, and, with the capital letter, it's a set of warrior narratives accompanied by this instrument, forming the culture of Ekangs.

For the legend of the creation of Mvett, Oyono Ada Ngone, was a sage, living During the Ekang migration called "Obane", around 1400.
The Ekangs traveling from north to south were exposed to the deadly attacks of the tribes who hunted them and with whom they were at war.
During one of these attacks Oyono Ada fell in a coma, but his people didn't abandon him. They carried his inert body to south.
However, hope and faith in the future were lost.

During his coma, Oyono Ada saw a superior mind to come to him and talk to him. The spirit gave him "in spirit" a musical instrument that is supposed to awaken the people and restore hope through songs and fabulous stories. Thus was born Mvett. When Oyono Ngone Ada woke up, he explained his strange encounter with the spirit, and began to manufacture the instrument. When the instrument is done, he scrapes on its strings and magic happens. The people found strength and hope in the future. Besides "Mvett" just "a vet", which means "to rise."
Click to expand...

The performer of the "kushaura" (lead mbira part) often acts also as the lead vocalist, selecting a known melody or mbira pattern to accompany selected lyrics, usually a phrase or a few lines of text which are then commented upon improvisationally. The performer of the "kutsinira" (second mbira part) plays a pattern which interlocks with the "kushaura" in a way that creates the repeated notes which identify mbira music. The "kutsinira" part is often the same part as the "kushaura", but played a half a beat later. The mbira players are accompanied by another less active singer who plays the hosho (a rattle) and responds to the improvised lyrics of the singer and, most importantly, embellishes and complements the lead vocal melody.
Click to expand...

My virtual trip to Great Zimbabwe TO TAKE THE TRIP VISIT:

I am about to go hard and start biting these African joints just for fun.
K

Desire Inspires said:
I am about to go hard and start biting these African joints just for fun.
Click to expand...