Just joined FP to get involved in this thread

Some great advice in here already, so I'mma add what I've learned
(I'm a DJ so I dig for samples and whole tracks to drop in sets)
---
Watch "Crate Diggers" on youtube:
All the greats of the game giving their tips and stories of crate digging. This always gets me inspired to make a beat or run down to my local store immediately!

I take a portable turntable with me when I dig ('cause everyone on Crate Diggers talks about having one )
It's an investment but it pays itself off quickly. I save heaps of $$$ not buying crap records that look good, and also I find some real gold on records that I wouldn't have thought had anything good.
It's not a necessity though it's definitely just a luxury, I went for years without one and I've met diggers who can tell exactly what a record will be like just based on who's in the credits. FYI, I've never had a dealer anywhere who's had a problem with me using it to trial their records.
Alternatively, take a discman with you. They're dirt cheap and there's heaps of great old CD's with samples out there too.

Look for an interesting cover:
It really is a big hint if a record is going to be unusual and cool. Chances are that the cover with the soft focus schmo with the thick mustache and open shirt with heaps of chest hair is not going to have a dope drum break on it

Like the others were saying, look for covers like they were tripping balls when they made it or if it just looks interesting.
Personally, I'll buy anything if it's got bongo's or analog synths on the cover

You don't need to spend your cash on drum breaks:
Unless you want the pleasure and satisfaction of knowing that you own Apache or Skullsnaps on wax (and it's definitely not a bad thing!), there are tons of breaks collections online in a lossless format. Just google "drum breaks.wav". You can then spend your dough on more digging.

Compilation albums:
They're everywhere and they're a great way of finding new (old) music! Look for some of your favorite tracks on a compilation and chances are the other tunes are going to be along the lines of what you like.

When I sample records, I go through each record and then sample each part that I like into my DAW. By the end I'll have anywhere between 0 and 10-20 samples. I name them appropriately with a small description and a name so I can FIND IT AGAIN, something like "Guitar - Classical Fingerpicking - Ambassadors Symphony.wav".
That way when you're working on a beat and want to add some horns or something, you can find em easily
(I sample lots and lots of individual instruments)

I totally agree with not just buying from the typical genre.
I'm from Adelaide, Australia and every cheap store has been picked clean of Soul/Funk/Jazz/Prog Rock records. Also it's my experience that it's also very hard to find a sample that hasn't been used before. Fortunately, it's not just these genres with great samples.
(Look up an Australian Band called The Avalanches. They made their whole album, Since I Left You from about 3000 samples of the whackest records. Klauss Wunderlich and his Magic Organ 'n such)
(Also, Australia's biggest hip-hop anthem "Nosebleed Section" by the Hilltop Hoods is made from a Melanie sample. Look it up on whosampled, it's epic)
I'm currently buying latin percussion, yiddish swing and middle eastern folk music.

When sampling a record, I don't listen to the entire thing, but I really should
9/10 times you'll get the best sample from the intro, but there's always going to be that 1 dope sample deep in the track. It'll usually be 4 bars that come out of nowhere too. Look up LEN - "Steal My Sunshine" sample from Andrea True Connection "More More More" and you'll get what I mean.
Take a closer look at the surface of the record, you'll notice little patches that are lighter in color, which indicates that there's less noise there, which means a drum break or a solo instrument!

I buy records that my favorite tunes sample.
Just because I love having the original track. I also drop them in DJ sets and the crowd always has that "Oh I know this!... Sort of" reaction and then 18 year old R'n'B girls are partying down to Joe Cocker thinking it's Tu-Pac
You might also find the B-side has got another dope sample

Panning/Phasing your samples
Often old songs will have instruments panned all the way into the left or right speaker. By panning your samples, you can isolate each instruments, occasionally even whole vocal tracks or drums.
Phasing is a little more complicated and I don't think I can explain it fully here. But it's something you need to get your head around. Using it, you can isolate or remove whole parts out of songs.

E-"Digging"
I love finding tunes online. I DJ with Traktor so finding a nice, scratch free version of it in a lossless format (FLAC people! It's the king!

) is ideal. I usually do it to get tracks I'm looking for, but dive into crate digging blogs to piggyback off of other people's adventures. Got tons of West Indies Funk this way.
I recommend staying away from .mp3 and ESPECIALLY youtube. The quality is too poor to use professionally. Also, the amount of extra digging that goes into finding your track in a lossless format can be just as long and hard as actually flipping through crates of vinyl.

I was recommended to take a smartphone to access discogs while digging. Helps with research on the go, but I rarely do it.
I love whosampled.com though. I do use it to check whether a sample's been used before and I have been crushed like SEANSTATIC was saying heaps of times. But I still love finding where samples came from and that little glow you get when you look up a sweet loop you just found and it's not on there

Other than that,
All I can say is: Don't buy "Trumpet in Gold" records. I keep thinking they're going to be great and I get burnt every time.

Oh, one more thing that'll help you immensely:
The golden age of funk is between 1965 - 1975. After that, its gets full of bad drum machines, disco production, synth pads, too much reverb and massive amounts of cheese.

Whoops! Holy god that was big!

I love looking though the cheap records at my local shops, but there is a lot of damaged goods to be dealt with. My advice is don't stray away from the cheap records or the expensive ones. There are gems hiding everywhere. Also a lot of foreign music is great for sampling.

some really good tips on digging in here! thanks everyone very helpful

Thnx, some good tips in this thread!
B

Thanks allo this thread did help allot

I love diggin! It eases the mind and i can get lost for hours in my record store. Crate Diggers is an awesome show on youtube! Also check out Rhythm Roulette. The producers have to choose 3 albums blind folded and make a beat from them...pretty damn interesting!

I dig many different styles....I dig for things I know...things that are not fimilar.. I also buy if the album art is crazy looking..I recently did that and the album turned out to be a 70's reggae vibe...was insane...trying to see if I can sample something on that currently. I would say to always check out the liner notes as well....see what instruments are on the album you are about to buy. Me personal I like brass and strings...i enjoy mood/mellow synths as well. just enjoy diggin it is an art that will never die! 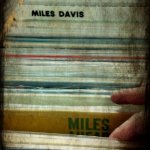 Check them Spaghetti Western soundtracks, i swear there is some ****ing dope shit in there.

Creating a foreign music station on Pandora is definitely the way to go. I'm a huge fan of Bosso Nova tracks. But yea its good way to grab sounds that people in the states arent used to hearing

those are the best type of sounds to chop..also keeps you real low on the radar when sampling someone elses music!

Two places to look for samples.

I GOT TWO WORDS OF ADVICE FOR SAMPLE DIGGING. youtube is the PLACE TO BE. channels like TooPureMusic TheCoffeeShopShop and VinylArcheologie (i'm not sure if some of these still exist, just look em up and you'll at least find playlists) are the best place to go for unique and old samples from the 60's and 70's. if you aren't looking for a vintage sound. my boy that's been producing for me has been flipping all these 90's soul samples. people like R. Kelly, 112, etc. check out me and his first single to get an idea, put "BLACK JEANS" - Chaz Ultra into youtube it'll come up
R

I won't mess with this E diggin...does not beat goin to a record joint at all...also you are right about being surprised when you take a chance on an album!
N 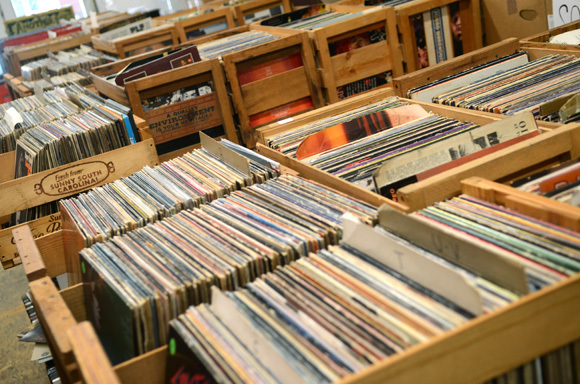