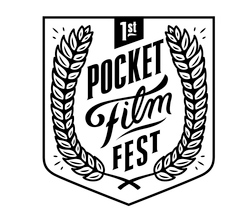 IK is the exclusive audio partner for the Pocket Film Fest, joining makers of other filmmaking apps and accessories for mobile devices. By focusing on filmmaking tools virtually everyone has access to, Pocket Film Fest hopes to shine a light on the qualities that make filmmakers great: resourcefulness, inventiveness, and creativity.


In addition to providing winning filmmakers with premiere mobile microphones such as iRig Mic HD, iRig Mic Cast, and the upcoming iRig Mic Field, IK Multimedia will work with the fest partners like YouTube star Stuart Edge in the creation of exhibition films (not part of the fest competition). Other partners include YouTube partners Bored Shorts TV, ScottDW, and Warialasky. YouTube partners participating at the Pocket Film Fest together have an audience of almost 3 million subscribers on YouTube alone.


“A smartphone today is more capable than professional filmmaking gear just a few years ago” says Austin Craig, co—founder of the Pocket Film Fest. “It’s a better camera than standalone digital cameras of the mid 2000s. It’s a better computer than a 2008 high-end laptop. It’s a better gaming system than any but the latest generation of consoles. The average user also has access to cloud services, countless apps, and communities like Instagram, Vine, and YouTube. With so much power in your pocket, there’s never been a better time to be a creative filmmaker.”

Pocket Film Fest is the premier festival of mobile made films. By focusing on filmmaking tools virtually everyone has access to, Pocket Film Fest hopes to shine a light on the qualities that make filmmakers great: resourcefulness, inventiveness, and creativity. 2014 is the first year of the Pocket Film Fest, which will take place in beautiful Provo, Utah. The festival will be held on October 19, 2014, and is currently accepting submissions until October 8, 2014.

To learn more about the Pocket Film Fest click here