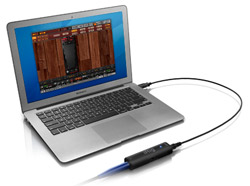 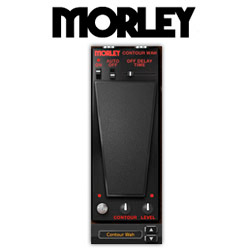 Morley has been making products for musicians since the morning of rock n roll - the 1960's. In fact, the Lubow Brothers "Tel-Ray" company made the first effect pedal that simulated the effect of the "Leslie" rotating speaker cabinet, providing "more-lee" (which became Morley) for players. They were also pioneers in using electro optical components in their pedals to prevent premature mechanical failure issues - a philosophy used to this day at Morley.


The summer gig season is in full swing and IK Multimedia is proud to announce the release of an all new pedal model called the Contour Wah from legendary boutique manufacturer Morley. Developed in joint cooperation with Morely, this is one of the most versatile yet modern sounding wah pedals on the market.

Thanks to its array of controls it can be tweaked to suite many styles and sounds; the Contour and Level controls allow to fine tune the high end response and personality of the pedal from mellow to bright and cutting, while the Auto-off feature adds tremendous flexibility to the pedal's functionality. It works with Bass guitar too! Download it today in the AmpliTube Custom Shop for Mac/PC and sculpt your tones with new precision.

To access the new gear models in the AmpliTube Custom Shop, users need to download AmpliTube
version 3.14, which is also a free update for current AmpliTube owners, and is available
for Mac/PC. The new models are available now and can be purchased with Custom Shop
Gear Credits. Contour Wah pedalis available for only 20 credits. Gear Credit Packs start as low as $19.99/€15.99 (for 20 credits) and go up to $749.99/€639.99* (for 1,500 credits).