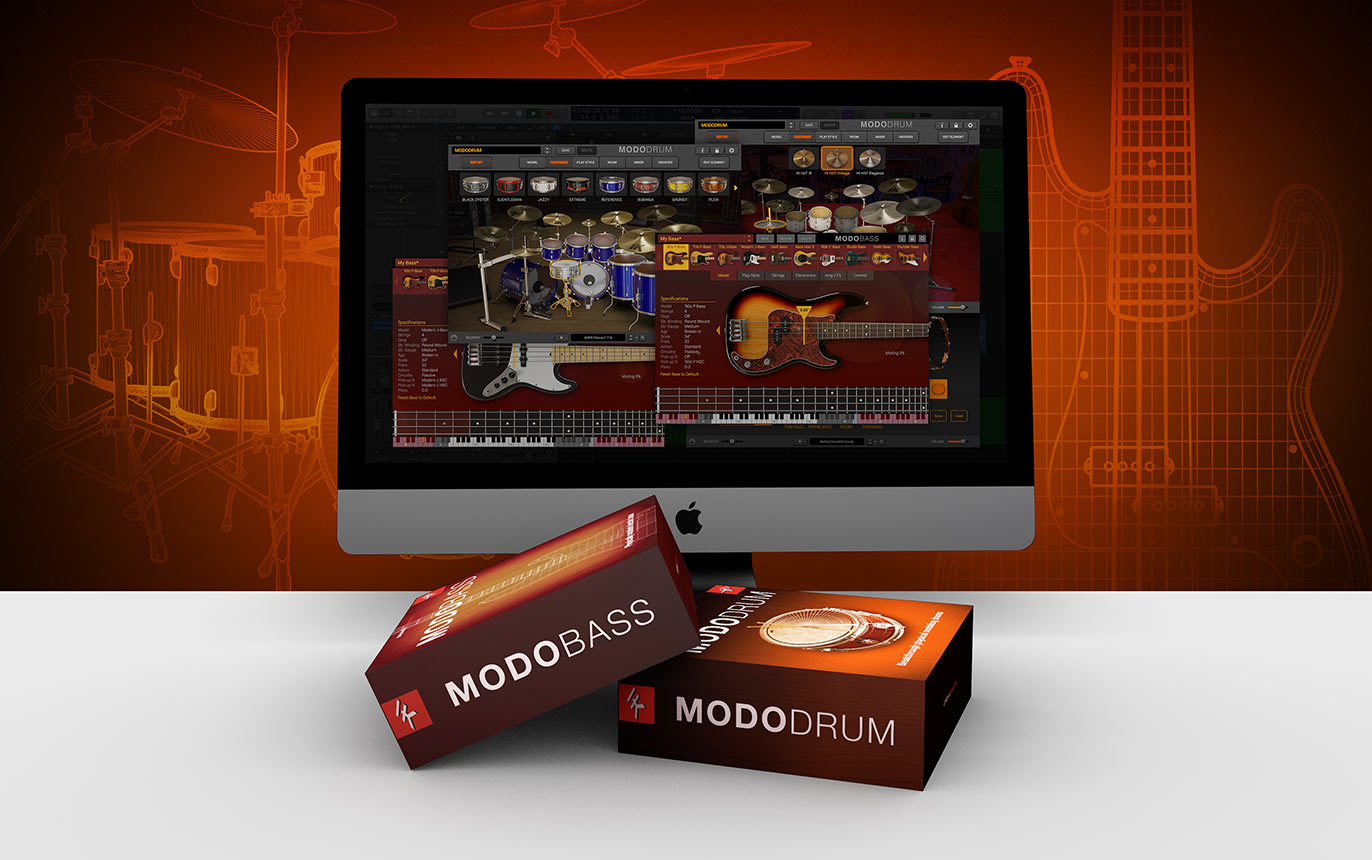 MODO and you should too! From February 14th to March 2nd, take up to 70% off of IK's physical modeling virtual instruments, MODO DRUM and MODO BASS.

MODO BASS is the first technology of its kind that models the entire process of playing bass. We get it, sometimes you just can’t hire a bass player, and some virtual instruments out there can leave you flat and uninspired. In these times, you can always turn to MODO BASS to give you the exact sound you are looking for without compromise. MODO BASS isn’t a sample-based instrument, but rather a completely new technology where sound is generated by recreating the physical properties of a real instrument — everything that makes an instrument create sound is physically modeled and sound is synthesized in real time.

Using a powerful combination of modal synthesis and advanced sampling, MODO DRUM gives you the most deeply customizable virtual drum kits ever. Each drum’s acoustic behavior is determined by its physical parameters: dimensions, materials, skin, and more, as well by modeling the play style, the interaction of the drum head with the body, the sympathetic vibration of the drums with each other and the acoustic interaction with the room. It’s never been easier to bring life to your drum tracks - and by extension your music overall.

All purchases from the IK online store are subject to VAT in the EU and may vary by country. Although IK strives to provide accurate product and pricing information, unintentional pricing or typographical errors may occur. IK reserves the right to correct, change or update information such as pricing, availability and product descriptions, at any time without notice. Sale through March 2nd, 2020.
You must log in or register to reply here.
Share:
Facebook Twitter Reddit Pinterest Tumblr WhatsApp Email Share Link
Top