ALL 3 of em have gone so far against the grain (i aint a fan of kanyes new shit, its forced and stupid to me but i respect the guy for proving you can sell still) and outsold these microwave music "hitmakers" that labels shit out.
mac gonna push 100k off his huge fanbase with no single
cole easy into 200k, ok he had a single but it's some natural shit, not really for clubs or radio and he would have done anyway, nothing forced about it
kanye FORCED himself to do some different shit and is gonna do 400k.

jay z gonna come and do millions easy too with a very abstract marketing strategy. he's not gonna put a single out


then you got dudes like french montana who got all the hot joints on radio but can only sell 50k. great for them, they aint gonna recoup and the industry is changing this very second. dont get me wrong im not shitting on dudes like french, they do what they do and theyre good at it. but labels have to take a look at what they're doing and start taking more calculated risks like what jay is doing

i wouldnt be surprised if the 3 highest selling albums this year were kanye, cole and jay z - ALL UNDER THE ROC!!! the only thing that could change that is eminem but hes a purely pop act these days anyway. im not a huge jay z fan, anyone that knows me will tell you im not big on his music at all but you cant help but admire the guys business sense
Last edited: Jun 20, 2013
Z

You guys know if Mac Miller made the beats for the tracks he is credited with Producing? I didnt know the dude made beats.

Watching Movies is 10x better than Born Sinner. How ever you want to look at this statement. So everyone.....even if you don't buy Mac Miller's album.....at least consider watching a few thousand movies a week before you buy J.Cole's album.

^^^ damn Rice. I think Kanye got u pissed. Born sinner is a solid album. It may not have the wow factor, but its solid (i agree maybe he should have ditched a few tracks).

It's the most GIMMICKY ALBUM OF ALL TIME!!!! It needs to be addressed. Their wasn't a gimmick boundery he didn't touch. lmao!!!! The spoof album of hip hop that wasn't meant to be a spoof.
Man....at least if you want to take music back to 2003......make it just as good as the great stuff you imatate. But most don't see the creative failure of this album....because J.Cole was said to be the savior THE FIRST TIME.

People have allowed albums to flop over the past couple of years....just for J.Cole "the savior" to give people "Born Sinner". smh.


Enough about that. Mac Miller's album is WAY BETTER that those other two. I don't work for Mac Miller....I didn't get paid for this message.

First of all OP, didn't you post ages ago on here(somewhere in a thread) that you got placed on Mac Millers album? If so, which track?

Also, I don't think it's going to make much of a difference... Labels know we can do it without giving us the chance, its the probability of people being flops is why they don't take the chances! We have to be making money solely before they'll give us a chance... It's that simple... And what's the point when we can be making more money when we consider the label taking the cut out of the projected sales they gave us?

Kind of went off topic with that... Also... Rice... Did you just say Yeezus is better than Born Sinner? 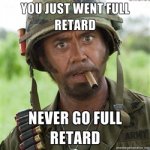 I wouldn't stop a lynching if it meant supporting that boys music....

/saying things just to be a dick
S

M.C.-Exclusivo said:
First of all OP, didn't you post ages ago on here(somewhere in a thread) that you got placed on Mac Millers album? If so, which track?
Click to expand...

nope i'm not on it

Scottzilla said:
you write all that bullshit yet fail to pinpoint exactly what is wrong with born sinner lol
Click to expand...

I did tell what's wrong. Dude is a little below average. And the fact that people blow him up as great makes me go extra hard on him. Can't believe people think that dude is good. He is a 2000 - 2005 average type rapper.

What yall suffering from with Born Sinner is what Eddie Murphy said....

Yall can't be serious. lmao! Mac Miller's album actually sounds modern. He ain't on it presenting himself in the likes of greats and using a form of brainwash to get you to like his boring ass songs. Born Sinner sounds like an album that would've bee "underrated" in critic reviews if it was an underground album back in 2002.....and then real hip hop fans would say "dude is not that good". I pointed out the songs that would make J.Cole acceptable as being an "actual" artist.

At least Yeezus is "interesting" at first listen. Because you know Kanye is an alcoholic. YOU DON'T WANT THAT DRUNK MAN COMING UP TO YOU EVERYDAY AND OFTEN ACTING UP. But it was kind of funny seeing him for no reason at all out of the blue riding a broom yelling "getty up...getty up" the first time. The next time it will be annoying.
Last edited: Jun 22, 2013
S

I said it before.....SOME of the music would've been good in 2003. Some of it would've been acceptable on Nas's Illmatic album....with Nas rapping on it. A few were actually dope. The rest is WTF is this shit?

Love it now......it will be out of your system in a couple of week.

@Rice that Kanye has thrown u all off. Cole might not be the album of the year, but its a above average album, solid overall. I can dig if u don't mess with Cole, but there's no way u can say Ye's is better on a hip-hop tip. He's still growing as a rapper and producer but it's a good second album, at least 2-3 good singles plus some underground type shit.
I think the nas track is really getting too much attention, it ain't the best track and the song is not about beef.

J.Cole is one step above Kobe in hip hop...

He ain't no Shaq though

Just say no Rice. Just say no to that shit u smokin.
I ain't claiming new or wow, but its solid.


901_Rice_Street said:
I pointed out the songs that would make J.Cole acceptable as being an "actual" artist.
Click to expand...

Those are 2 and half solid songs right.......what about the rest? For a person who is not a J.Cole fan...never heard of J.Cole.... wouldn't it be easier to just download the songs they like vs the whole album? Because I think people are brainwashed to give that album props. Not a solid album to me. It gets props because #1 HYPE.......#2 Heard Yeezus...."let's see what this J.Cole guy has to say...WOW...this is not bad....atleast it's not that trap music bullshit.....#3.....I'm so thankful this doesn't sound like Nikki, Lil Wayne, ect........

I think people are overrating this "ALBUM" and will forget about it in three weeks. The singles are definitely not strong enough.

Lesson for today....release an album close to Kanye's release.

And I change my mind.....Watching Movies and Born Sinner is equal. After going back and listening to The Dreamer-The Believer......got to put them two dudes in the same category.