I made a registration with a Djeli ngoni (Malian bard guitar), this is the result of 1 week of random practice

This instrument is the best musical deal I ever made in my life, it's really one of the root instruments of the banjo, some tunings are identical to the blues scale.
J

thaanks guys this is great material

so much effort
P

ARDIN of the Moor people of Mauritania 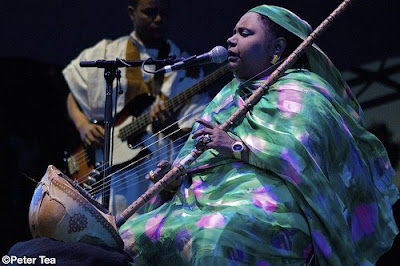 The Mauri society is made of different castes, your family (clan), your sex, your work (musician, mason etc.) and your subethnicity (Black Moor, Berber Moor, Arab Moor determine your position in the society. In 1076 Arabs attacked and conquered the large area of the ancient Ghana Empire. Berbers retained a niche influence by producing the majority of the region's marabouts (those who preserve and teach traditions) while the sub-Saharan Black population was dominated by the other two ethnicities.

Ethnic tensions and the sensitive issue of slavery – past and, in some areas, present – are still powerful themes in the country's political debate. A significant number from all groups seek a more diverse, pluralistic society.
Click to expand...

http://scotsier.wordpress.com/2012/03/13/music-of-mauritania/ said:
The ardin, principally played by the women (while men play the Mauri djeli n'goni, the tidnit) is made from a large skin gourd, carved in half and covered with a cow skin. It is similar to a kora, the traditional harp of Malian griots, and has a curved wooden pole inserted into the gourd, where anywhere between twelve and fourteen strings are attached with leather thongs. It is plucked with both hands like a harp and can also be used as a rhythm instrument by striking the soundboard. In combination with the tidnit, it creates a free-flowing landscape of polyrhythmic sounds for singers to perform to. This sound provides a vast palate for the passionate vocals performed by Mauritania’s singers.
Click to expand...

You guys should research an instrument called Marimba , it originated in Zimbabwe , a country in Southern Africa , its a wooden instrument with a warm sound
A

TK Drumz said:
You guys should research an instrument called Marimba , it originated in Zimbabwe , a country in Southern Africa , its a wooden instrument with a warm sound
Click to expand...

more usefully, post on the marimba can be found here:

I really appreciate this post...it shows the beauy and tradition of the Mother Land. I would love to adventure in this culture more. It is the base of African-Americans.

ALGAÏTA of muslim peoples of Africa 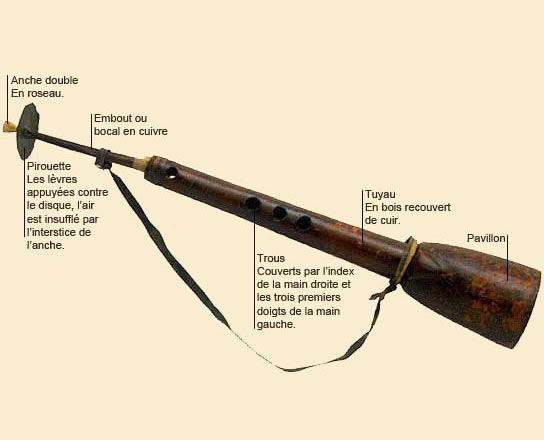 The Algaïta is an oboe in use among Islamized populations in Africa. The double reed is connected to the short pipe with a conical enbout timber provided with a metal disk that serves to support the lips of the player. It's usually played in the presence of local dignitaries.
Click to expand...

ZUKRA of peoples of North Africa 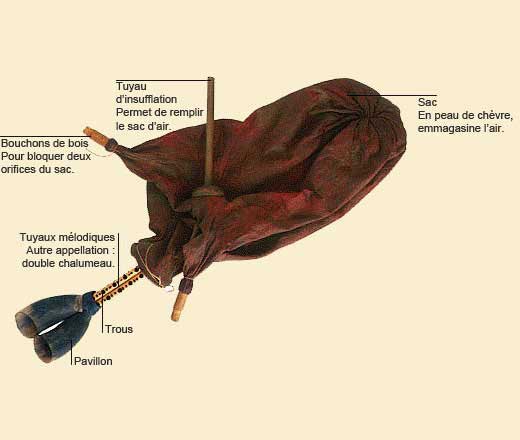 InstrumentsDuMonde.fr said:
The Zukra is widespread in North Africa especially in Tunisia and Algeria bagpipes. The air in the bag made of goat skin vibrates the reed beating every single chanter. As on many bagpipes, each of 2 tubes melodic ends with a small pavilion that promotes sound output.
Click to expand...

As you can see in this videos, there are darkskin and lightskin Libyans united, from what TV were saying it seemed that racial relations in Libya are madness. I would like to know the reality from a real Libyan, but I never met one.
P

ATUMPAN of Akan people of Ghana africamuseum.be said:
The atumpan is the main talking drum of the Akan people. It is the most favoured instrument to play the bass part to accompany dancing. The atumpan is an open goblet drum on a base. It is played in pairs, usually by a master drummer using two angular sticks. The membrane is stretched across the head of the drum inside a metal ring, which is anchored to 7 to 8 conical pegs around the outside of the drum. The atumpan drum measures approximately 1 m in height and has a diameter of 45 cm at the top. Because of its weight, it is placed in a wooden stand at an angle during play. Alternatively, two long wooden sticks are inserted in two holes where the conical pegs usually go.
Click to expand...

Take a look at this atumpan drum, it can literally ROAR!

If anyone's looking for originality this would be a great place to start, traditional music played on traditional instruments, very nice post, it's obvious your proud of your African heritage, and rightly so. I'm always open to new music/ artists. I admire these two Nigerians/ Lagos legends - and Tony Allen - Get Together - Melynga - YouTube Nice fusion of Africa meets the west, I used to listen to these guys to - The Drummers of Burundi - Part I of III - YouTube as you can see, my Knowledge of Africa's music is limited, but I hope to remedy this